This week Brazil formally submitted its climate plan, also known as its Intended Nationally Determined Contribution (INDC). The country’s INDC comes on the heels of joint climate change declarations it’s made in recent months with China, Germany and the United States, showing that the country is committed to a creating a successful international climate agreement in Paris later this year.

The INDC calls for reducing greenhouse gas (GHG) emissions 37 percent below 2005 levels by 2025; 43 percent by 2030. This marks the first time a major developing country has committed to an absolute reduction of emissions from a base year, as opposed to reductions based on projected emissions or per unit of GDP. This is an important shift, because absolute emissions-reduction targets offer greater certainty that emissions will be cut even as Brazil’s economy expands.

Yet despite many areas of progress, Brazil could go further in some aspects of its climate plan. For example, the Climate Observatory, a network of Brazilian NGOs, proposed an INDC to reduce Brazil’s GHG emissions by 57 percent compared to 2005 levels, with actions focused on eliminating emissions from deforestation and increasing substantially the share of modern renewables, mostly wind and solar.

Here’s a deeper look at some of the highs and lows of the INDC:

The INDC proposes achieving a 45 percent share of renewables in the energy mix by 2030. This commitment does not actually represent progress considering that renewables made up nearly 46 percent of primary energy production in 2013, according to the 2014 National Energy Balance (BEN).

Yet on the positive side of things, Brazil has also set targets to increase the share of renewables (beyond hydropower) it uses to generate electricity to 23 percent by 2030. The emphasis on non-hydro sources means that biomass, solar and wind will play a greater role in Brazil’s overall energy mix than at present—hydropower currently generates about 66 percent of Brazil’s electricity; other renewable energy sources, less than 10 percent.

Brazil pledged to enhance cooperation initiatives with other developing countries, particularly in forest monitoring. Such South-South knowledge sharing is unique in the INDC, and is very good news for other forested countries. The INDC further indicates that Brazil aims to restore 12 million hectares of forest. This target is notably lower than the target set out in the Native Vegetation Protection Act, which calls for the recovery of 20 million hectares of natural vegetation by 2036. In addition, the INDC commits to eliminate illegal deforestation by 2030, but this target is actually a step back from the country’s previous commitments that envisaged reaching zero-illegal deforestation by 2015.

Brazil’s forest is extremely important to the world’s GHG budget, and while the country has made notable gains in reducing deforestation rates in recent years, it is important that it continues to ramp up this progress. The INDC is sparse with information on how and what the forestry and agriculture sectors will contribute.

The Brazilian Coalition on Climate, Forest and Agriculture, where WRI sits as a member, has been working to convert agriculture and livestock-raising enterprises to low-carbon practices, in addition to advocating for low-carbon criteria to be included in public and private funding. The Coalition also admits that reducing agriculture’s impact is both possible and urgent, so Brazil can become competitive in a lower-emissions economy.

The Brazilian government conducted stakeholder consultation on its INDC with members of academia, NGOs, and the private and public sectors. Stakeholders demonstrated the need to address mitigation, adaptation, transfer of technology and means of implementation in a consistent and balanced way. Brazil’s government took these recommendations seriously, and the INDC commits to strengthen the country's adaptation capacity, assess climate risks and manage vulnerabilities through the National Adaptation Plan to be adopted.

Brazil should be more ambitious, and tap into its renewable energy potential (especially on wind and solar), and modernize its vehicles by encouraging mass electrification and hybridization of its transportation fleet. A new WRI report finds that Brazil can take advantage of a number of cost-effective abatement opportunities to reduce energy-related GHG emissions by approximately 40 percent relative to the baseline of current plans for the energy sector. Such efforts will also deliver health co-benefits and increase and competitiveness of its cities.

Brazil is playing a productive role in the global effort to fight climate change by becoming the first major developing country to take on an absolute emissions-reduction target. Stepping up even more would be a powerful signal that the new international climate agreement will be a successful one. 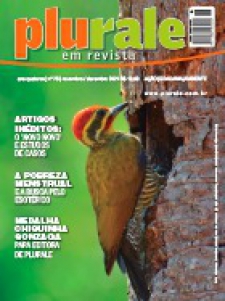 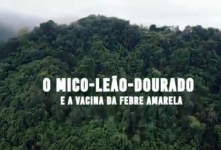